I had a great time at the Michigan Author’s Workshop last week, and got a chance to look around Midland — a place I’ve never been — the next morning before heading home. So, some photos!

The talk took place at the Midland Center for the Arts, a lovely place. My hosts (Helen and Chris) and co-presenter — poet David (D.R.) James — were excellent too.

We had some tech difficulties (“Oh, about that HDMI port we said you could use. It doesn’t actually work!” “Um. Okay?”), but in the end we got a big ol’ TV in there and watched episodes of “The Good Place” instead of my talk.

Not really, but it was a close thing. In the end, I was able to show images — important when talking about comics — and people seemed happy with my discussion of comics storytelling, its tools, and the research process for Hawking. That is, if “book sales > than number of attendees” is a valid measure of happiness, anyway.

It ran late, so I stayed over night and the next morning, before returning home, I visited the Dow Gardens and the Alden B. Dow Home & Studio.

You can’t take photos inside, so you’ll just have to go see it for yourself. I’d heard about the home for years, so was grateful to get a chance to finally visit. Definitely worth it! 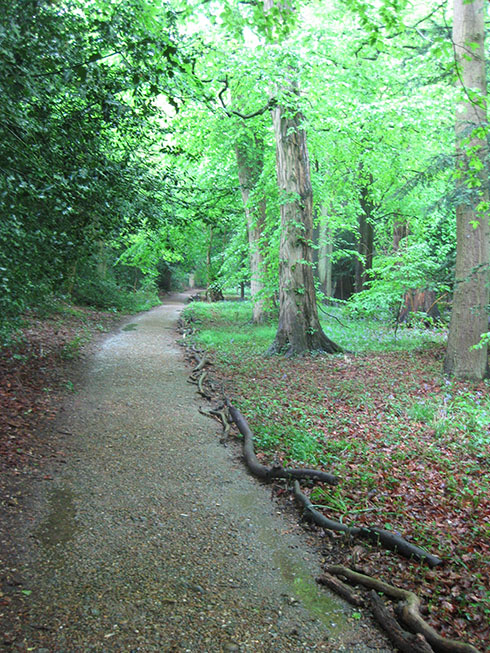 Random notes from a trip to Scotland… 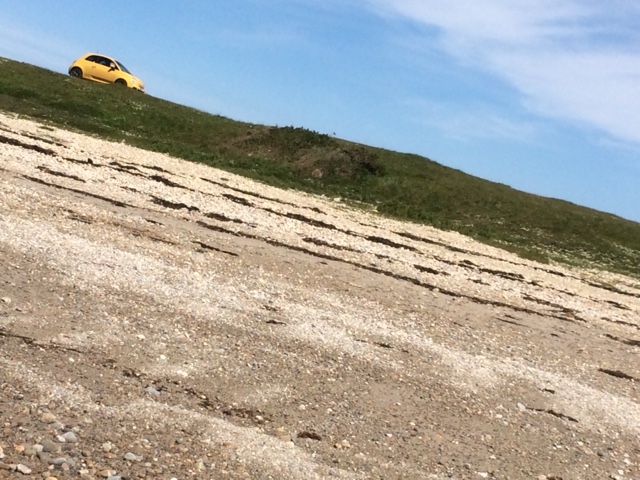 For Ann Arbor area friends: Driving in Scotland is much like Huron River Drive, but all the time and hillier and curvier and faster and with steeper drop offs on both sides of the road and large trucks coming in from the wrong side just as the road narrows to one lane. And sheep. For hours. 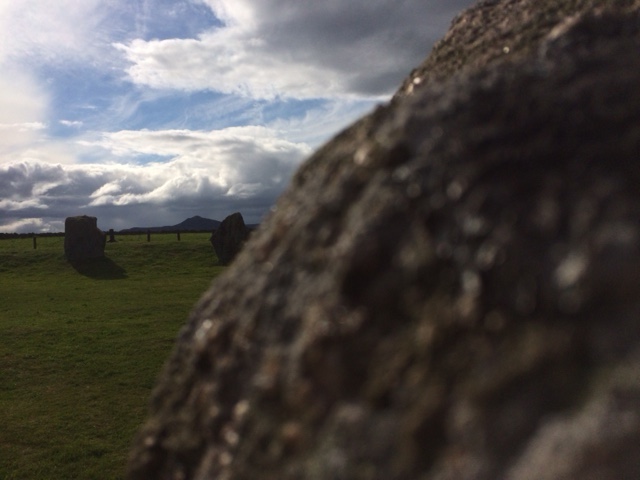 After a day of seeing amazing feats of Neolithic construction — villages of stone, standing stones of stone, burial mounds of stone, tons of finely honed stone slabs piled on more tons of stoned and finished to near perfection and placed such that they’ve stood for thousands of years — it took four of us three tries before we could cut through our dessert tart using a sharpened stainless steel knife which someone else made, sharpened, and brought to our table. 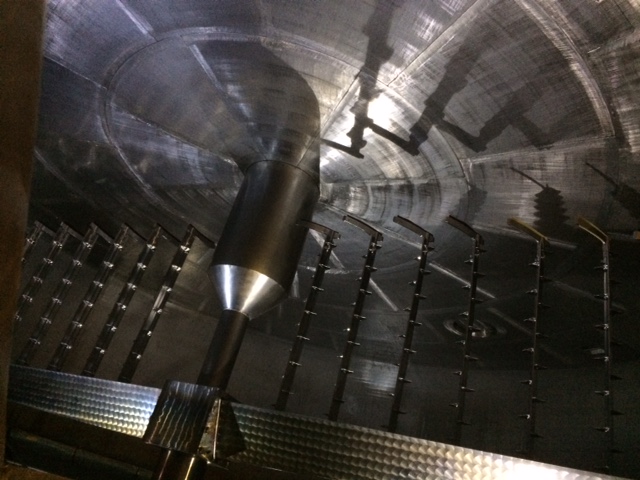 We toured a bunch of distilleries, and while this didn’t make us experts in whisky-making, we got well-versed in the process and the generic tour, written from memory and then enhanded with real nouns:
To make whisky you need four kinds of stuff [1]. Grow some of the stuff [2], germinate it, and then stop germinating it by heating. That’s called malting, and you can use other stuff [3] as the heat source if you want.
(Aside: Dry peat, which is basically fetal coal which needs a few million years more gestation, has no scent. It’s the damp peat that you add later that gives the Islay malts their characteristic flavor.)
Now dry and turn the stuff [4], then run it through a thing [5], separating it into husk, grist, and flour. All these parts get mixed with stuff [6] in the mashing stage, and successive washes of varying temperatures extract sugar from the barley. The leftover mash is turned into feed for the approximately 6.022×10^23 sheep and cows in Scotland.
The sugar water that the livestock doesn’t get is the stuff [7], and this heads into washbacks (sometimes made of wood like larch, sometimes metal), and at last, add the stuff [8]. Fermentation begins and, depending on who’s doing it, will last from 40-100 hours. In the process it releases carbon dioxide, and if you stick your head in the washback and take a big sniff you’ll regret it for the next half hour.
At the end of the process you basically have strong beer (7-10% alcohol) which actually tasted more like wine. Up to this point the processes for making beer, wine, and whisky are virtually identical. The difference comes in the next step, where if you do it wrong for beer or wine the end result tastes bad and if you do it wrong for whisky the end result will kill you [9]. Avoid tragedy by running the stuff [10] through the pot and the washback stills successively. These are made of copper and condense out the spirit, and you do this over and over until you get past the foreshots [11] and get to the heart. Carefully monitor the process and draw off the heart, recycling the heads and the tails [12] in later runs to extract all the good stuff. All of this stuff flows through a spirit safe, which is kept under lock and key so nobody can swipe any spirit and sell it without paying taxes.
The fetal whisky now goes into things [13]. The first thing is always made from American bourbon cask oak, charred on the inside first. Then the whisky sits for a minimum of three years, 2% evaporating each year — that 2% is the angel’s share.
(The barrels are monitored closely, since a) they’re valuable, and b) still not taxable, since for a 10 year whisky the accumulated angel’s share would be ~20% and nobody wants to pay taxes on stuff lost to the textbook definition of an act of god.)
Stuff [14] enters the cask to replace the lost whisky, adding stuff [15]. Sometimes there’s another barrel/cask used, typically Spanish sherry, for finishing. Sometimes it just goes straight to the bottle, from which everyone drinks the stuff [16] and is happy.
1. water, barley, yeast, and heat
2. barley
3. peat
4. barley
5. mill
6. water
7. wort
8. yeast
9. …or merely blind you.
10. wash
11. aka the head, aka the dangerous part
12. aka the feints
13. barrels
14. air
15. character
16. Scotch 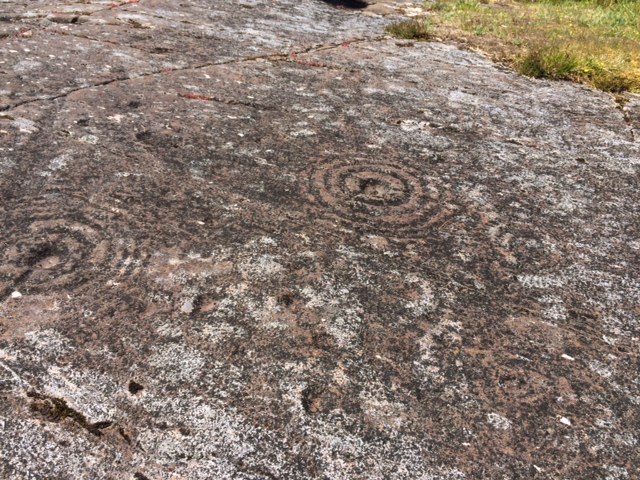 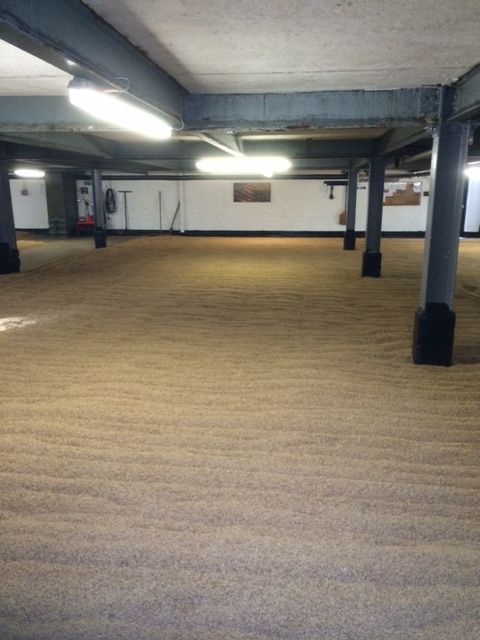 My hiking boots have been fully peated. The nose is awful.
Tweet 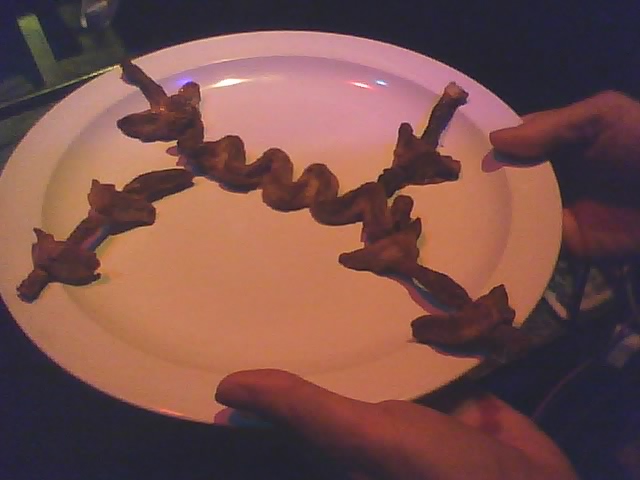 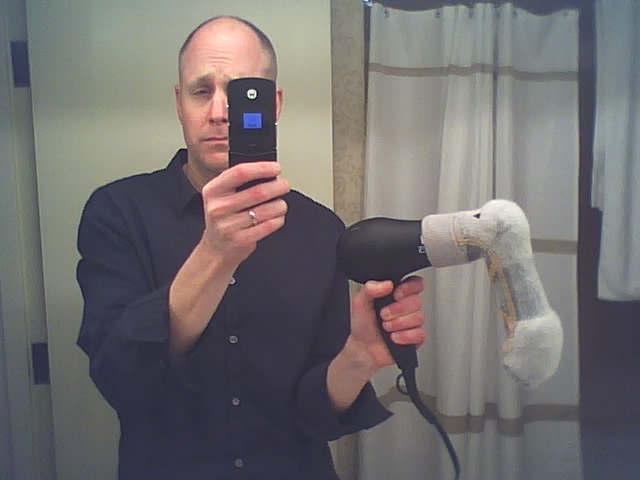 I’ve updated the book tour post with some bits about the first big push. Thanks to all who came out to hear about Feynman! 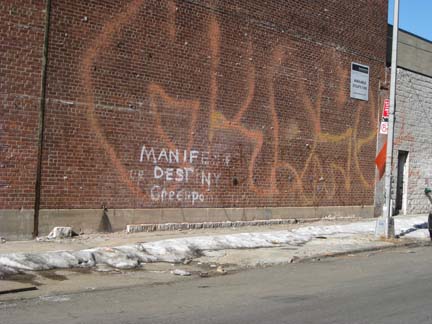 The last couple of weeks found me in the Abandoned Warehouse District of Brooklyn (you know the one — it’s where all the superhero vs. supervillain battles take place in 1960s Marvel Comics), a bonsai artist‘s nursery in Milwaukie, Periscope Studio in Portland, Gas Works Park in Seattle, an unnamed and snowy trail near Mt. Rainier, and, finally, TLC Forge in Eatonville.

The first stop was for an unusual, whirlwind, and cold freelance gig which I don’t think I can talk about yet, and the rest were mostly pleasure with a little comics-related business mixed in for seasoning. Amy, Dan, Michael, Sara, Steve, Carolyn, Jim, Billy O. (and Neeko, Kanika and Bear), Terry, Louise, and everyone else: Thank you! 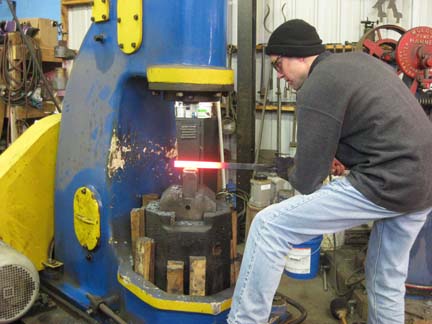 p.s. I didn’t correct the red-eye here because sometimes you shouldn’t.