It’s about to get all Hawking, all day every day here at G.T. Labs, but before that happens I wanted to get this great news on the blog: Astronauts, in collaboration with Maris Wicks, is an official thing that will come out next year. 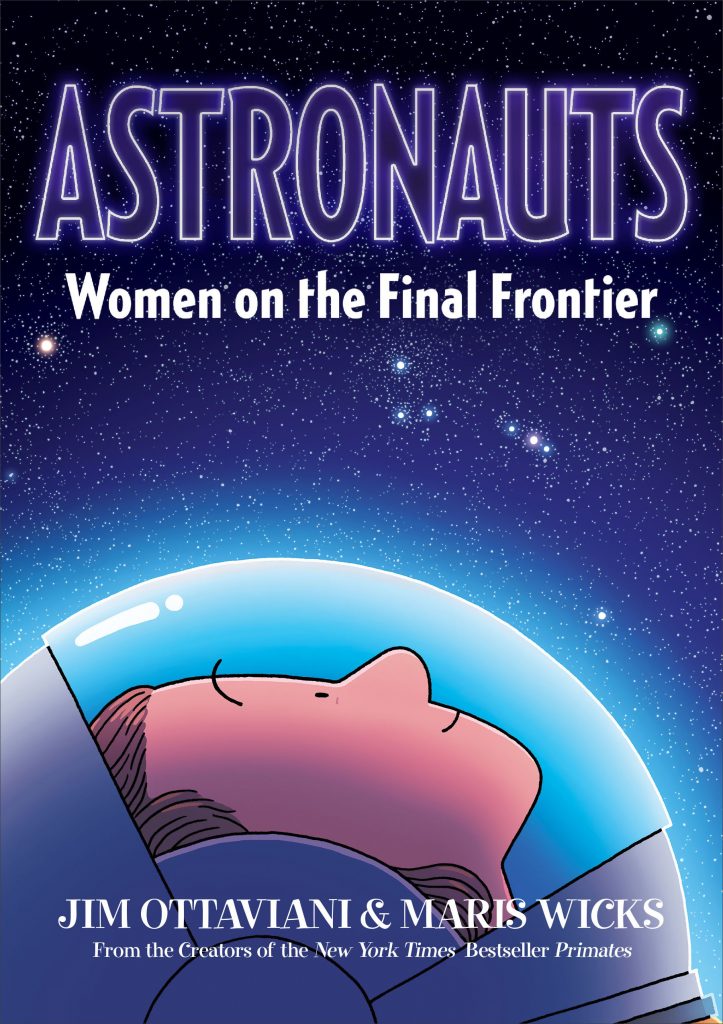 This book was a joy to do, from my first interview with Mary Cleave through the writing (I can remember struggles while making every book but this one) to seeing the first panels Maris drew. And now it’s on First Second’s official schedule. (You can preorder it here.) I sure hope readers love this one as much as Maris and I do.

Cheers to her, cheers to our protagonist Mary, and cheers to exploration.

Spotted by our pal Carolyn G. at the Renton Historical Museum. Thanks King County Library System! 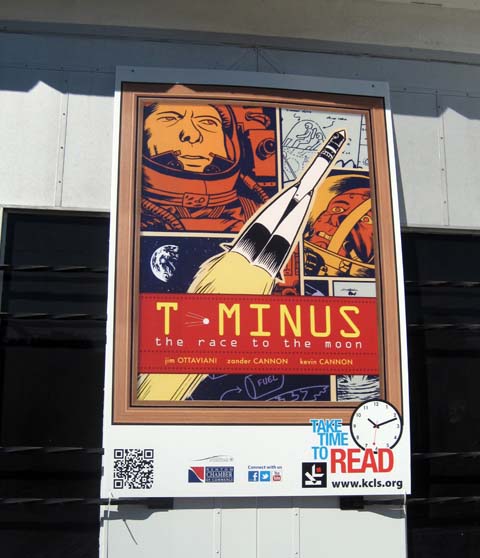 The last words I heard from Neil Armstrong were

I have no objection to your quoting me in your book or asking another question (although I am not committing to an answer).

Here’s the context: In 2007 I was in the middle of writing T-Minus, and I’d sent letters (on paper!) along with a copy of one of my books to a number of Apollo astronauts. I had questions about technology and processes, and a number got back in touch. I ended up talking on the phone at some length with both Buzz Aldrin and Alan Bean. Thrilling, and helpful.

Late one night, late that summer, I was avoiding writing by checking email and there in my inbox was a message titled “Your book.” The address was one I didn’t recognize and looked bogus. Spam, but when you’re serious about procrastination you look at those messages too.

It opened with “I have been traveling much of June and July and the mail has been piling up in my absence.” and closed with “Sincerely, Neil Armstrong”.

I yelled loud enough to wake the neighborhood, and ran out to the back porch where Kat was reading…possibly watching a movie. Who can remember? I had just received an email from Neil Armstrong! The one person, if our species manages to survive another thousand years, that everyone will remember from the 20th century.

And it was helpful. He and I exchanged another email or two, and that was it. Zander, Kevin, and I sent him a copy of the book when it came out, but didn’t hear back. It’s okay; I imagine his mail never stopped piling up. And those last words to me were spoken like a true engineer. That’s the person I wanted and needed to hear from. The engineer/astronaut. I smile every time I think about what he said, and I think about it often.

But now that I look back at those messages, I see that my memory isn’t accurate. His last words to me were actually these:

Hearing from Neil Armstrong, live and in person, for almost an hour is uncommon. He’s a great interviewee, even after all these years of repetitive questions. Even better, the combination of Google imagery side-by-side with the actual Apollo landing footage in Part 4 is marvelous. So go, watch:

Thanks to CPA Australia for making this happen, and to Sharyn November for tipping me to it.

Last week I had the honor of doing a talk about space with Tony England. (My role is best described as opening act, I think.) This week, many of the shuttles take their final flights, though not into space. Sad, yes, but as Tony pointed out, a pause before we start the next big thing is typical.

For now, you can see enjoy views of Discovery’s interior via National Geographic. And yes, I had a look at the toilet.

Finally, here’s one last cool picture of Discovery in the air: Space Shuttle Discovery Makes a Victory Lap (via civilwar150photos.org).

Thanks to Jerzy Drozd, I got to talk about comics with Nick Abadzis (and Jerzy as well)! It was a lot of fun, and as is the case every time I talk to Nick and/or Jerzy, I learned stuff.

Watch at Comics Are Great!