My friend Dave is much smarter than I am, and one of the ways that manifests itself is through him crushing me every time we’ve played chess. (It’s been a while, admittedly, so maybe his skills have slipped and mine have magically improved. I doubt that, but it would probably only take a few minutes to find out. He’d say “Check” and I’d look surprised and we’d both know that all was still as it should be.)

I’m sure there are conventional ways of handicapping the game so that I’d be more competitive, but while reading Neal Stephenson’s “In the Beginning was the Command Line” this passage triggered an unconventional idea:

So if I had to make [a] wild guess I’d say that they [Be Inc.] are playing Go while Microsoft is playing chess.

It’s a great essay, even leaving aside that Be Inc., the maker of a slick operating system much loved by geeks and hackers for its elegance, went out of business about 12 minutes after Stephenson wrote his article. (Not really, but they’re long gone and barely remembered 10 years later.) But the image that one sentence conjured up stuck.

Say we’re playing chess and I’m black and Dave is white. What if I could use my turn to place a black stone on any open square, such that from then on Dave’s pieces could never cross over or through that square? I’m thinking 4 stones would be the most I (or you, or Dave, in the alternate universe where I don’t need the help) could place, since theoretically that’s enough to block any piece but a king or a queen.

Walling off your king would have to be forbidden somehow — maybe by saying that a king can never cross a go stone of either color, or can never be adjacent to one. I don’t know…and have nowhere else to go with this, really. But if you’ve invented a hybrid game that you and your friends enjoy playing, I’d love to hear about it. 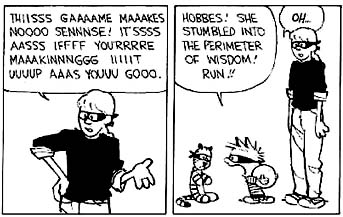