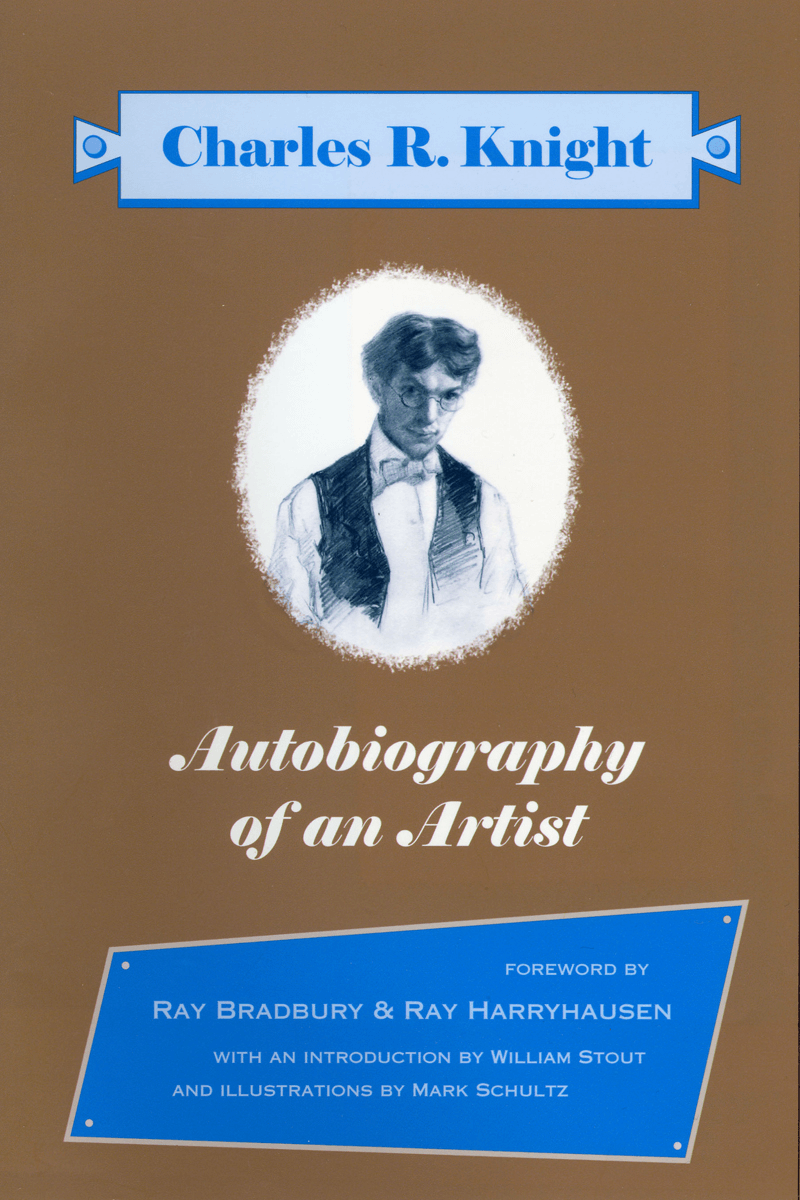 That’s not a riddle or a trick question: When all of us envision prehistoric worlds — from dinosaurs to woolly mammoths to Neanderthals — what we see in our mind’s eye is usually the image Charles R. Knight gave us. His paintings have influenced over a century of scientific fact and fiction.

Charles Robert Knight began his artistic career in the 19th century, but though he was legally blind he saw further back into pre-history and further forward into the scientific future than anyone has ever done, and his effect on popular culture (from King Kong to Jurassic Park) is unparalleled.

Though featured as a character in the IMAX film “T-Rex: Back to the Cretaceous” and Bone Sharps, Cowboys, and Thunder Lizards most people only know him through his work, be it a painting of leaping dinosaurs, a sculpture of hunting cavemen, or some other scene from the distant past. But as Stephen Jay Gould said “I cannot think of a stronger influence ever wielded by a single man in such a broad domain of paleontology.”

Now, for the first time, Knight’s life and work are presented in his own words. This previously unpublished autobiography will introduce you to his life and work, travels and accomplishments, and some of the amazing people who influenced him…

…and who he influenced as well: The book features an introduction by Ray Bradbury and Ray Harryhausen, illustrations by Mark Schultz (Xenozoic Tales, Prince Valiant), a biography by William Stout (The New Dinosaurs), and appreciations from noted scientists and his granddaughter Rhoda Knight Kalt.

Charles R. Knight: Autobiography of an Artist is available in two editions: a hardcover with a special additional numbered plate, signed by Mark Schultz and available in a limited edition of 100 only from the publisher ($35), and as a trade paperback ($11.95).

Both editions were designed by Wesley Tanner of Passim Editions, offer rare photographs, beautiful illustrations, annotations to enrich the experience of modern readers, and a rare glimpse into the mind of the artist who brought the dry bones of history to life.

Read an excerpt from the first chapter.